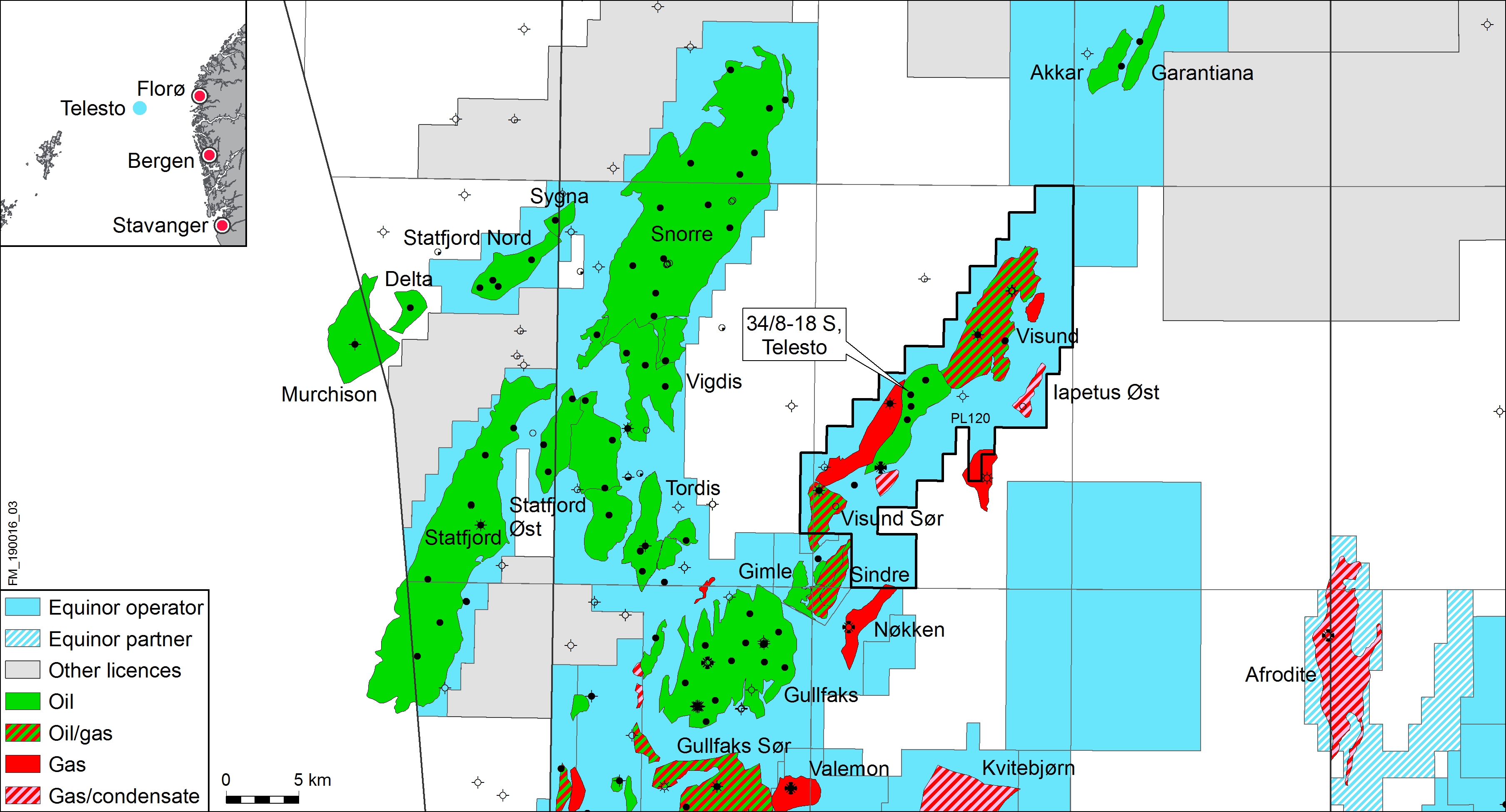 Equinor together with its partners Petoro, ConocoPhillips and Repsol have made an oil discovery in Telesto exploration well of North Sea from Visund A platform containing estimated resources of 12-28 MMbbl of recoverable oil.

“We are pleased to have made a new discovery on Equinor-operated acreage on the Norwegian continental shelf (NCS). These are profitable barrels that can be quickly tied into existing infrastructure and generate substantial revenues for society. Infrastructure-led exploration is an important part of our roadmap for the NCS,” said Nick Ashton, Equinor’s senior V.P. for exploration in Norway and the UK.

Visund A platform drilled the Telesto exploration well that is located in the northern part of the North Sea.

Gunnar Nakken, Equinor’s senior V.P. for Operations West said, “We have a well-developed infrastructure that enables generation of high value in the North Sea. We have set ourselves an ambitious goal of sustaining high production from the NCS for decades, and discoveries like this are essential towards this end. It will be natural to tie in the resources to the Visund A platform,”