Empowered with a team of experienced engineers, SynergenOG’s services in process safety brings together engineering and management skills to manage workplaces safely and efficiently.

A major engineering project such as an offshore platform or a chemical plant is intended to benefit the society in which it is built, by generating wealth, providing employment and producing useful products or services.  However, most of the industrial installations that are built, and the construction projects themselves, have the potential to also cause harm. 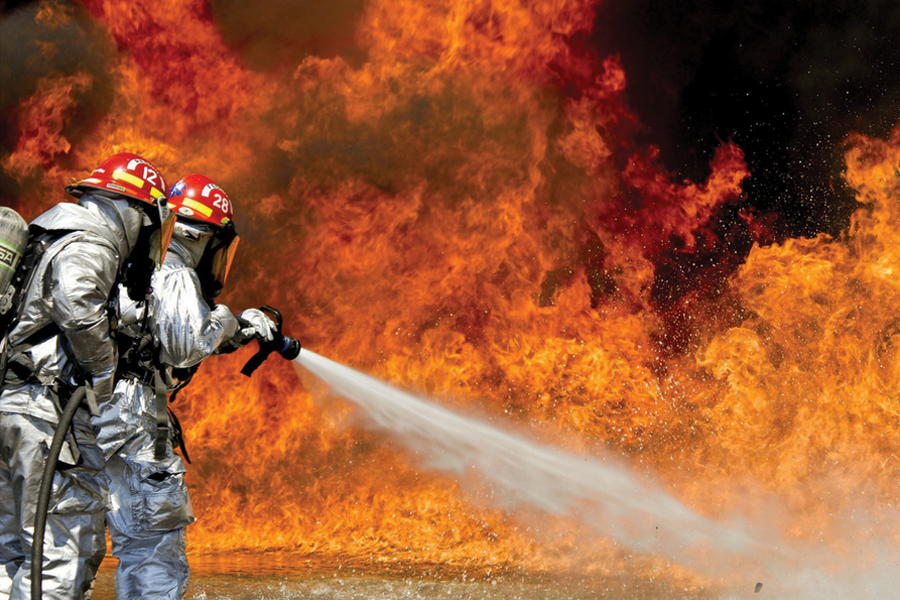 The types of harm that are relevant to the study of engineering safety are:

• Sickness, injury or death of workers or members of the public

• Damage to property and investments

• Degradation of the physicals and biological environment

• Interruption of industrial production and disruption of business

Physical situations that have the potential to cause such harm are known as hazards. Chemical processing, nuclear power generation, production of oil and gas can be regarded as hazardous activities. Particular hazards include the potential for an earthquake to cause the potential of oil tanker to run aground and pollute the shore.

Accidents are the actual realisation of a hazard.  They are sudden unintended departures from normal conditions, in which typically some degree of harm is caused.  They range from minor accidents to major accidents such as Piper Alpha (an oil production platform in the North Sea), Chernobyl (Chernobyl Nuclear Powerplant in the former USSR), and Bhopal (the Union Carbide India Limited pesticide plant in Bhopal, India).

Safety is the inverse of risk.  The higher the risk of any level of harm from an activity, the lower is its safety.  Complete safety, as implied by the colloquial definition of safety as ‘the absence of risk’, is a worthwhile goal for engineers, but is practically impossible in an intrinsically hazardous activity.  A realistic target is to reduce risk of accidents until the safety of the activity is acceptable, bearing in mind, the benefits that it brings.

SynergenOG conducts process safety reviews on various aspects of risk and safety. It is a disciplined framework for managing the integrity of operating systems and processes that handle hazardous substances. It is achieved by applying good design principles, engineering, and operating and maintenance practices. It deals with the prevention and control of events that have the potential to release hazardous materials and energy. Such incidents can result in toxic exposure, fires or explosions, and could ultimately result in serious incidents including fatalities, injuries, property damage, lost production time or environmental damage.

The HAZID Study aims to identify all Major Accident Hazards (MAH) associated with the facilities and pinpoint suitable mitigative measures to control risks to people, environment and assets based on the process and layout. Identification and understanding of MAHs also serve as a key input to the Formal Safety Assessment (FSA) of the facilities. The major benefit of HAZID is that early identification and assessment of the critical HSE hazards provides essential input to project development decisions. This will lead to safer and more cost-effective design options being adopted without recourse to later more costly design changes.

ENVID is an essential part of the facility risk management process where environmental hazards from operational emissions and discharges to air and water as well as waste management are identified to provide input for further risk assessment and allow for design improvement. The ENVID Study takes into account direct or indirect environmental impact of facilities. Direct impacts include polluting impacts and the impacts of resource extraction under direct control of the organization, whereas indirect impacts covers matters related to supply and customer chains.

The Hazard and Operability (HAZOP) is undertaken using a systematic and highly structured approach to examine process and engineering intentions of the design. The HAZOP Review aims to assess the potential for malfunction or mal-operation of the system/ equipment and the consequential effects of the hazardous events (impact on personnel, environment or asset), or operability problems (impacts on process efficiency or productivity) on the field development as a whole. It is based on the premise that a hazard is not realised if the process is always operated within its design intent.

The SIL Classification Exercise is undertaken in accordance with IEC 61508 and IEC 61511 requirements employing the Layer of Protection Analysis (LOPA) approach to determine the Integrity Levels (ILs) for all identified safeguarding process loops.

Inherently Safe Design (ISD) Review is a brainstorming exercise to address the safety issues in the hydrocarbon processing plant in order to manage, reduce, or eliminate the risk to people, environment, property, business, and process equipment.
The ISD Strategy implements five (5) elements including intensification, substitution, attenuation, limitation of impact, and simplification/error tolerance. These strategies are implemented to achieve the following:
• Hazard Elimination;
• Consequence Reduction; and
• Likelihood Reduction.

In the oil and gas industry, the bowtie approach is increasingly used to understand and communicate key risk control measures at a whole range of facilities, from an offshore oil and gas platform to a mine or manufacturing plant. Bow-Ties are a pictorial representation of the relationship between potential threats, preventive/ control barriers in place and the ultimate consequences associated with each MAH. Bow-Tie diagrams also identify potential escalation factors that could defeat or reduce the effectiveness/ reliability of a barrier, as well as control barriers in place to prevent or mitigate the effect of these escalation factors.

MOPO/ SIMOPS/ SOOB are guidance tools used to define the limit of safe operations or activities that are permitted during abnormal circumstances (e.g. adverse weather, safety system offline etc.). The purpose of this review is to provide a clear presentation of the permitted operations in order to keep the facility within the defined operational envelope. It include list of typical activities that will be carried out at installation that comprise:

It is conducted to understand how the risk of simultaneous operations or performing typical operations during abnormal circumstances (e.g. adverse weather, safety system offline etc.) could be increased, and measures or restrictions that should be implemented to manage the incremental risk such that it would still remain tolerable or As Low As Reasonably Practicable (ALARP). It provides a framework to assist personnel to decide when to continue certain activities, when the effectiveness of some critical barriers may be compromised, and potentially creating situations of increased risk. It also assists the personnel in distinguishing between a “stop work” condition and a “proceed with caution” condition.

The ALARP Demonstration serves to review the results of all risk assessments carried out for the project to identify key risk drivers and potential risk reduction design measures. It is a brainstorming exercise to conclude upon acceptability of existing design measures and also proposing additional risk reduction measures for specific MAE. Where no conclusive decision could be reached with regards to the feasibility of certain risk reduction measures, cost benefit analysis may be performed and included in the ALARP Demonstration report (at the discretion of the workshop participants) by calculating delta PLL and quantify cost effectiveness by calculating the Incurred Cost for Averting a Fatality (ICAF).

Review of alarm configuration throughout the facility with the aim to rationalised/ optimise the alarm configuration. The review identifies the purpose, importance and priority of each alarm, action to be taken on alarm failure, operator training and a robust management of change process.

Safety cases have been the fundamental part of oil and gas industry over the years. The prime purpose of the safety case is for the Dutyholder to demonstrate to the Regulator there are effective means for ensuring safe operation in accordance with a goal setting safety regulation regime. In countries where safety cases are not mandatory, many major oil and gas operator still insist to development of the safety case as it aids to ensure a comprehensive hazard management process implemented to demonstrate risk has been reduced to As Low As Reasonably Practical (ALARP). The safety case document contains the technical risk management aspects in detail with a comprehensive analysis of the overall adequacy. The team has successfully created design cases for a number of operators all over the world including onshore processing plants, offshore fixed platforms and floating vessels (such as FPSO, FLNG, FSO, and MODU) in compliance with international standards and guideline such as Offshore Installations (Safety Case) Regulations , COMAH, IADC, Shell, Petronas, etc. Over 5 year SynergenOG has completed more than 17 safety cases project related to drilling rig, onshore, various offshore facilities .