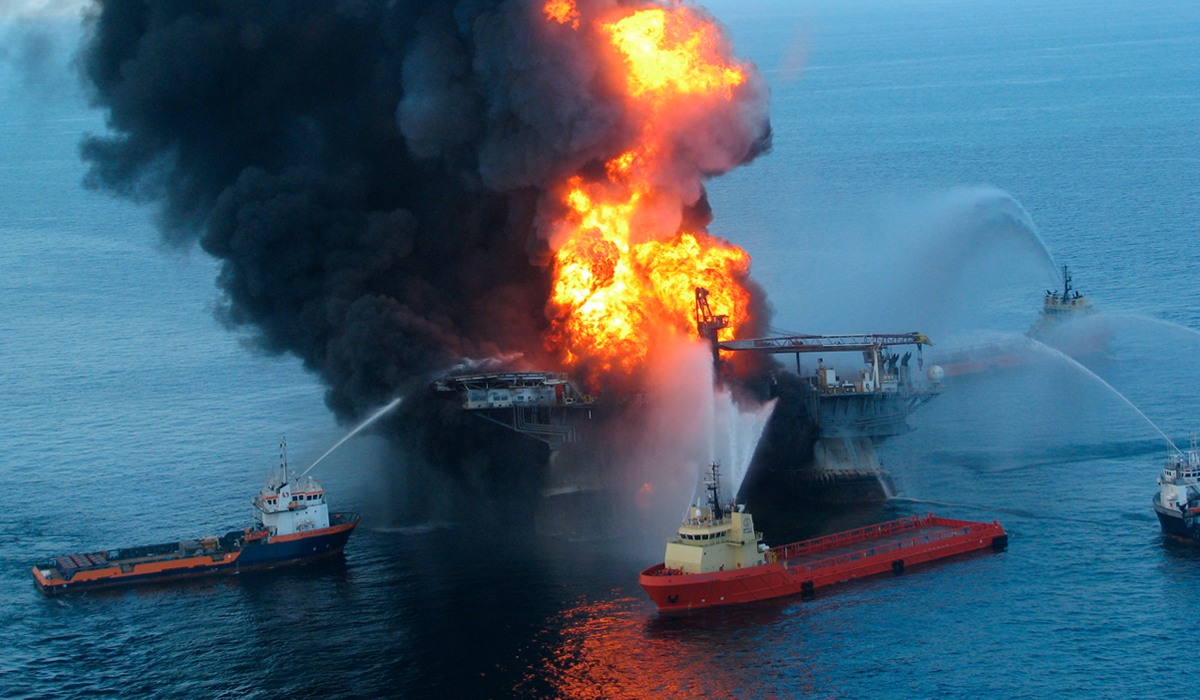 The oil and gas industry has seen some horrific incidents in its existence. Learning from these incidents help us understand what went wrong as well as figure out what could have been done differently.

This is by far the deadliest accident in this industry which claimed 167 lives in July 1988. It happened due to a leakage from one of the condensate pipes. The Cullen Enquiry set up in November 1988 concluded after their inquiry that at the time of the incident, maintenance work was being carried out on one of the pumps and also a safety valve. When the safety valve was removed, the open condensate pipe was sealed temporarily using two blind flanges. Since the maintenance work was not complete by evening, the temporary seal remained in place and the pump was not meant to be switched on under any circumstances. Then the shift changed. Due to improper communication during the change, the night crew switched on the pump when the other pump tripped. As a result, gas started leaking from the temporary blind flanges resulting in fire and explosion. Only 61 out of the 226 workers survived the disaster and it took about three weeks to control the fire.

This semi-submersible platform worked as a bridge linking the Edda oil rig in the Ekofisk field in Scotland. In March 1980, 123 people were killed when the platform turned upside down in deep waters. Most people died by drowning. The day of the accident, one of the bracing attached to one leg of the five-legged platform structure which held the platform in place failed. When one broke, the others gave way, leading to the collapse of the structure. However, on deeper investigation, it was found that a fatigued crack, which remained undetected was the root cause of the whole issue.

This accident happened in the South China Sea in 1989 and claimed 91 lives. Seacrest, a 4400-tonne drillship was drilling oil at the Platong gas field, south of Bangkok. The drillship came in the pathway of Typhoon Gay that produced waves as high as 40 feet. The entire crew except for 6 members on board lost their lives and it is believed to have happened so fast that they did not even get the time to raise an alarm. While the severe weather worthiness is the main cause of this accident, several questions have been raised about the seaworthiness of the drillship as well. The 12,500ft long drill pipe is believed by some to be the reason why the ship lost its balance during the storm.

This happened in 1982 and is considered to be one of the deadliest offshore oil rig accidents in history.

The semi-submersible mobile offshore drilling rig was drilling an exploration well at Hibernia field when it faced an extremely strong storm. Due to the storm, water entered the ballast control room, which leads to a malfunctioning of the control panel. While the crew members abandoned the rig and moved on to lifeboats, only one lifeboat could be launched. As many as 84 remaining crew members lost their lives. However, it is what happened after the accident that worries most. The companies whose employees lost their lives mistreated and miscommunicated with the families and even issued lay off notices to the dead to avoid paying any compensation.

This disaster happened in 1983 in the South China Sea and claimed 81 lives. Following a tropical storm Lex, the drillship capsized and ultimately sank into great depth. The entire crew onboard died. When the storm was approaching, the captain of the shift wanted to drop the anchor. However, the rest of the crew wanted to continue drilling and by the time they realised the extent of the weather, it was already too late.

As many as 72 out of 76 people on board lost their lives when the Bohai 2 jack-up rig capsized and toppled in seawater in the Gulf of Bohai, off the coast of China in 1979. Like many others, this disaster too is the result of a massive storm which happened right when the rig was being towed. Due to the fierce wind, the ventilator pump broke leading to extensive flooding. This affected the stability and lead to the eventual disaster. Investigations revealed that while stowing the deck equipment prior to towing, correct procedure was not followed.

Safety in the oil & gas industry can help manifold. Safety has to be a top priority. It is not an option.